I'm really enjoying doing 100 Happy Days, it's really fun to look at my day and pick out the best bit - sometimes it's hard to pick just one! 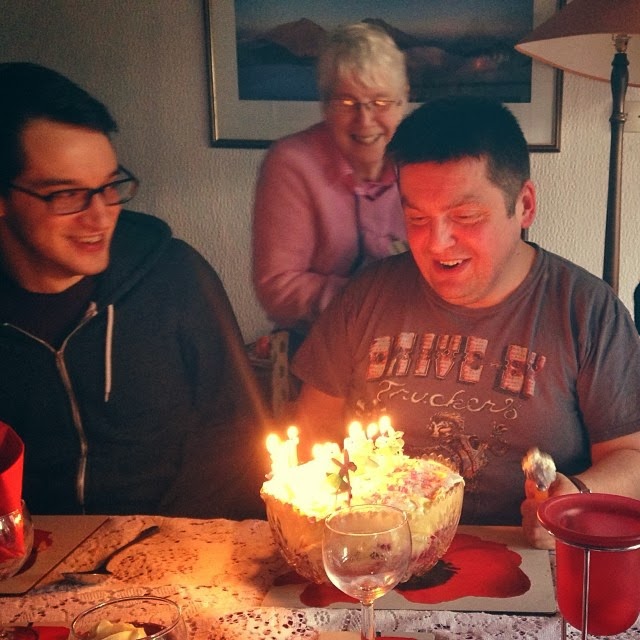 4 - It was my uncle Andrew's birthday last week and my gran (pictured at the back looking slightly demonic due to an unfortunate candle/specs reflection issue) had made him a trifle and put lots of candles in it, which was fine, but then she'd also put lots of little fairies on it. Andy thought it was hilarious but she never explained, she was just all "you'll get fairies and you'll like it". Best. Cake. Ever. 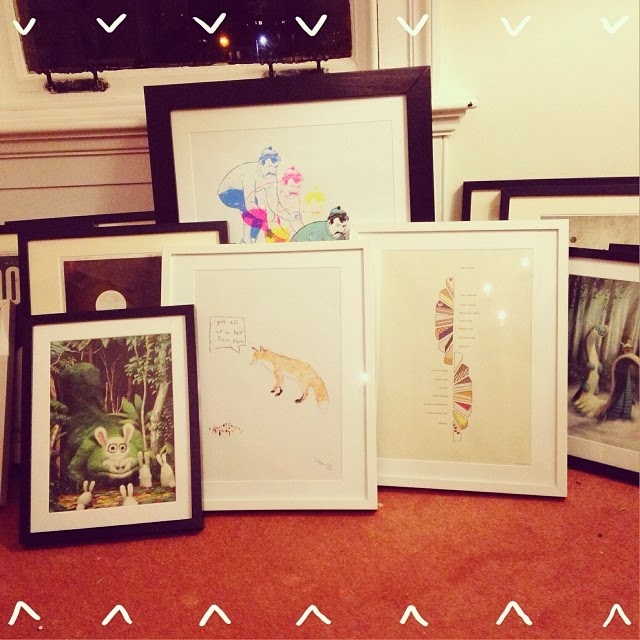 5 - We've started measuring, mounting and framing all our prints for our new flat. We spent a whole evening sorting them out so they looked pretty and now my favourite pictures are all glamorous and ready to go up on our lovely new painted walls. Hurrah! 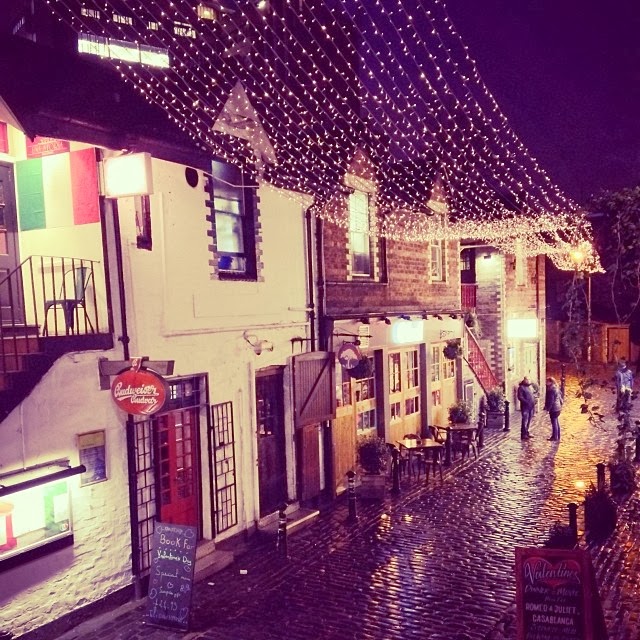 6 - I started my new job on this day, which happens to be at the same hospital my boyfriend works at, so after work we went for a celebratory burger at The Grosvenor Cafe on Ashton Lane. The burgers were great and I love the fairy lights over the cobbled street. 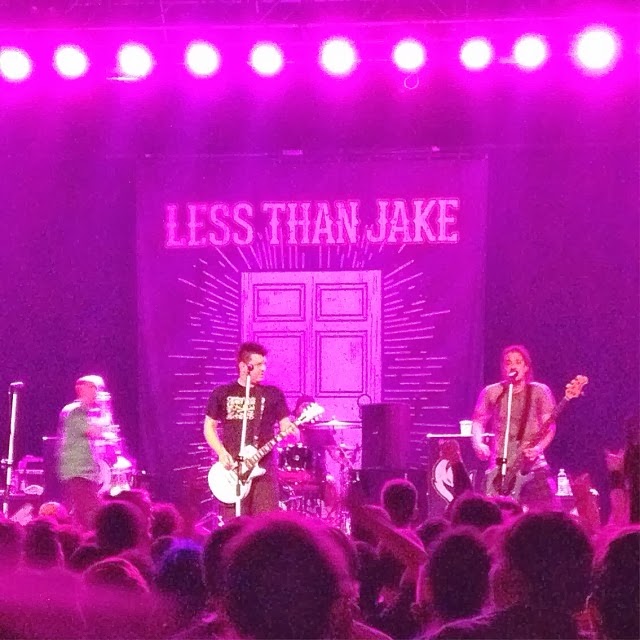 7 - I had an evening re-living my youth with some of my friends from the pub I used to work in while I was at university. I hardly ever see them so it was great to hang out and dance to Reel Big Fish and Less Than Jake. Turns out we ARE too old for circle pits. Shame. 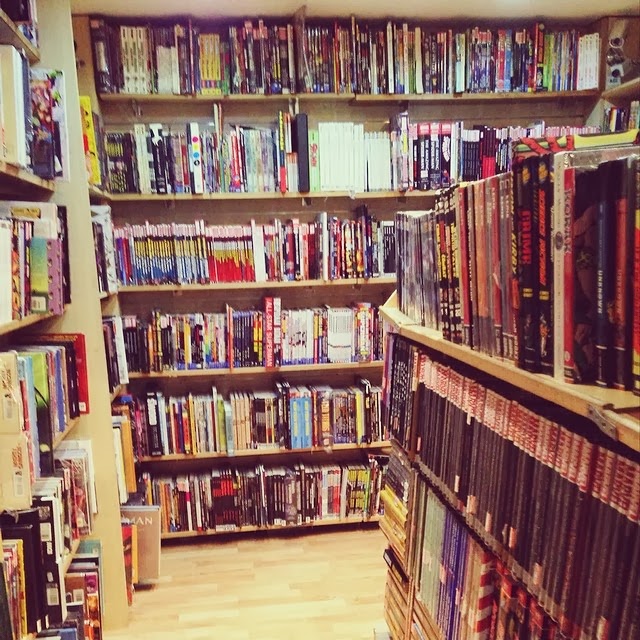 8 - I went to training day on Friday and afterwards I dropped by Forbidden Planet on the way home to buy some new comics. I picked up the special edition of The Killing Joke which has been re-coloured and looks great, and a couple of issues of Dead Boy Detectives which is a new series featuring a couple of minor-but-cool characters from the Sandman series. 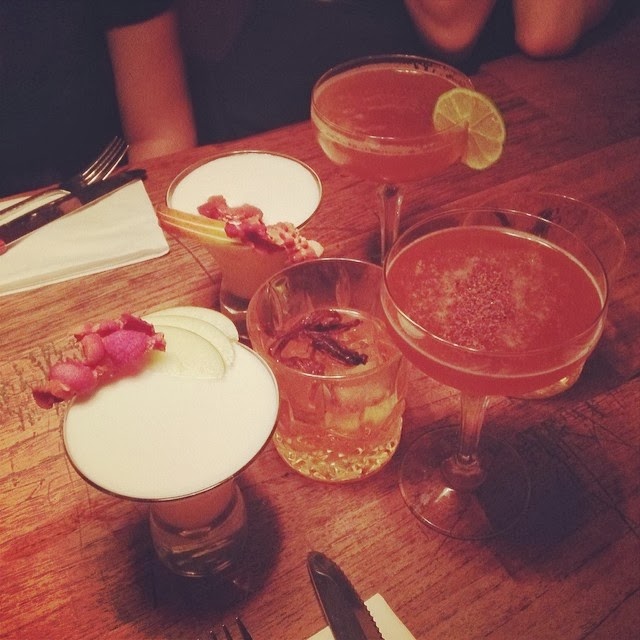 9 - On Saturday we went to Meat Bar, a fairly new place in Glasgow where they serve....meat. It was my friend's birthday and we were all feeling slightly guilty as his girlfriend is vegetarian and it only has 2 veggie things (although this is not surprising for somewhere called "Meat Bar"). These are meat cocktails, which were pretty much the worst, apart from the tasty bacon on top. The food was good though! 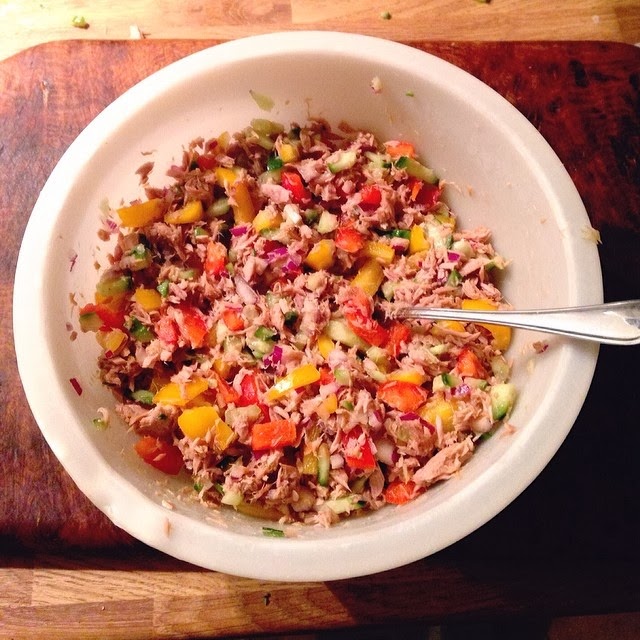 10 - I've been pretty proud of myself this week because I made this tasty sandwich filling on Sunday night and it has lasted almost all week. Its just tuna, cucumber, red and yellow peppers, red onion and balsamic vinegar. Tasty AND good for you. If I can keep up this lunch thing I'll be super healthy. Probably.
Posted by fairy-cakes at 19:18

fairy-cakes
Glasgow, United Kingdom
I'm Sally, I live in Glasgow where I mainly drink copious amounts of tea. I spend most of my time at work or asleep but when I have free time I like to make jewellery and post pretty things on my blog.