Roller Derby - The Best Sport Ever

I'm pretty lucky in that I've always loved exercise; don't get me wrong, I still cringe and hide inside (with wine) if it's raining outside and being a sweaty mess isn't the best I've ever looked, but I love the feeling I get after I've been doing something active.

I spent a couple of years trying to go to the gym, but it just wasn't any fun. I know it works for a lot of people, my boyfriend included (he has a spreadsheet with all his gym targets on it and he likes to draw fancy graphs of his progress) but I was making excuses not to go more often than I was going. Trying to get to a certain number of sit ups or running on a treadmill and staring at the clock is not my idea of a good time. And don't get me started on those cross-trainer things, I am just not coordinated enough for that. I'd go with my friend Tara, who would always look athletic and glamorous and I would always look bright red, lost and occasionally fall off a cross-trainer.

The best exercise is the kind that doesn't FEEL like exercise at the time. I played a couple of team sports at school, mainly netball and hockey, and despite being dire (especially at hockey; I was one of those "whoops, I've stood on the ball and scored an own-goal again" sort of people you didn't want on your team) I loved getting up hideously early on a Saturday morning to play. Not the hideously early part. You know what I mean.

So after the doomed Trial of Gym, I had a look around to see what other people did for fun, rather than for exercise. One of my friends from university was doing this thing called "Roller Derby" and I'd seen a few photos of her on Facebook looking TOTALLY BADASS on skates and I figured maybe I could try it. I looked into it, joined Glasgow Roller Derby and now I "exercise" up to 3 times a week and every time I look forward to it, love it...and usually examine my bruises when I get home. After playing for a year, I am yet to look bad ass on skates, but have gone from "help, I can't stand up" and wobbling my way around roller discos with small children... 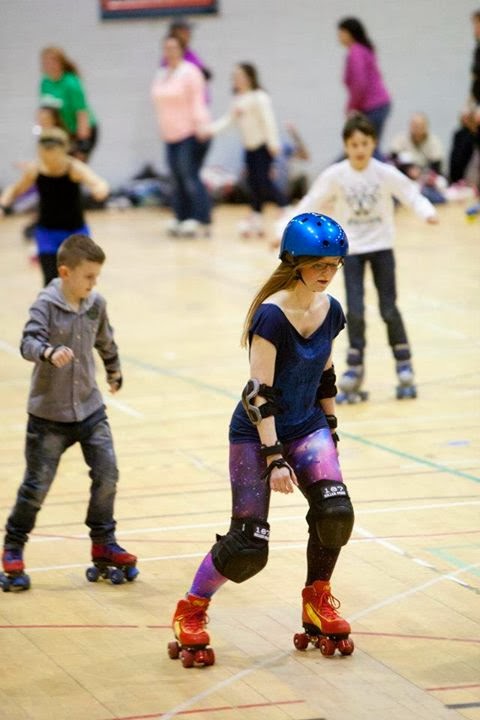 ...to playing for the GRD C Team, the excellently named Cannie Gingers and my home team the Tyrannosaurus Wrecks. 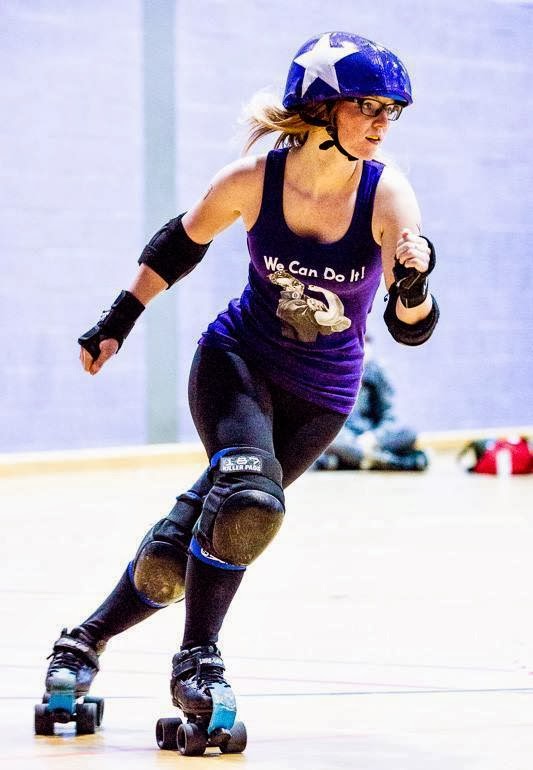 After a year of playing derby in old scabby t-shirts, my only pair of black leggings and walking to training in my (awesome) ThunderCats Converse, I figured I should probably get some new gear. The lovely people at Sports Shoes sent me some new things! It's pretty important to me to look at least passable whilst playing derby: at bouts there tends to be a (paying!) audience and there's always someone taking photographs. It's less important at practice, and I'm always going to be sweaty and red because derby is exhausting, but I still don't want to have see-through leggings or sweat running down my face! 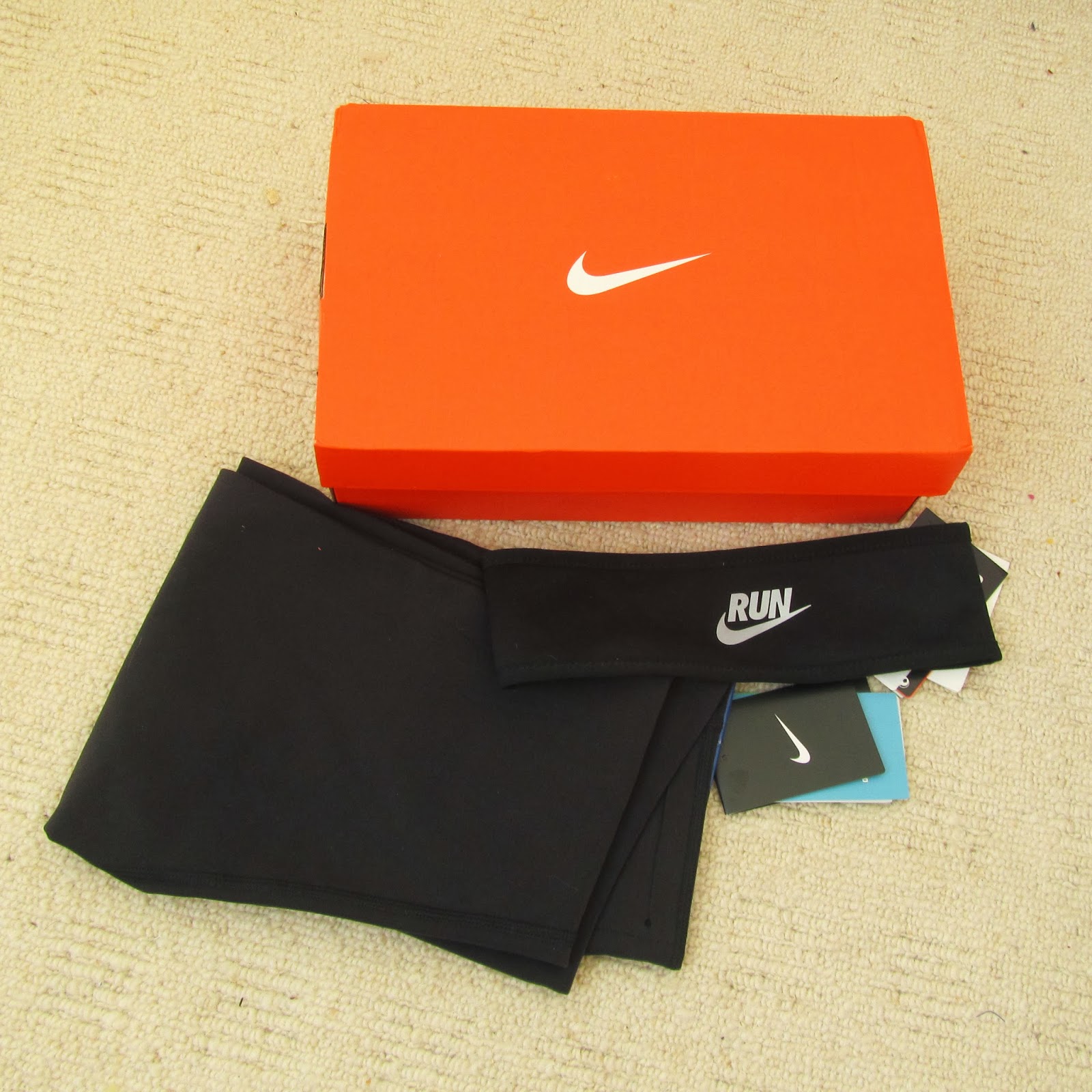 I went for these Nike Bionic Cross Training Shoes which have a really thin sole making them really flexible; they're super comfortable and I like the reflective bits on the laces! 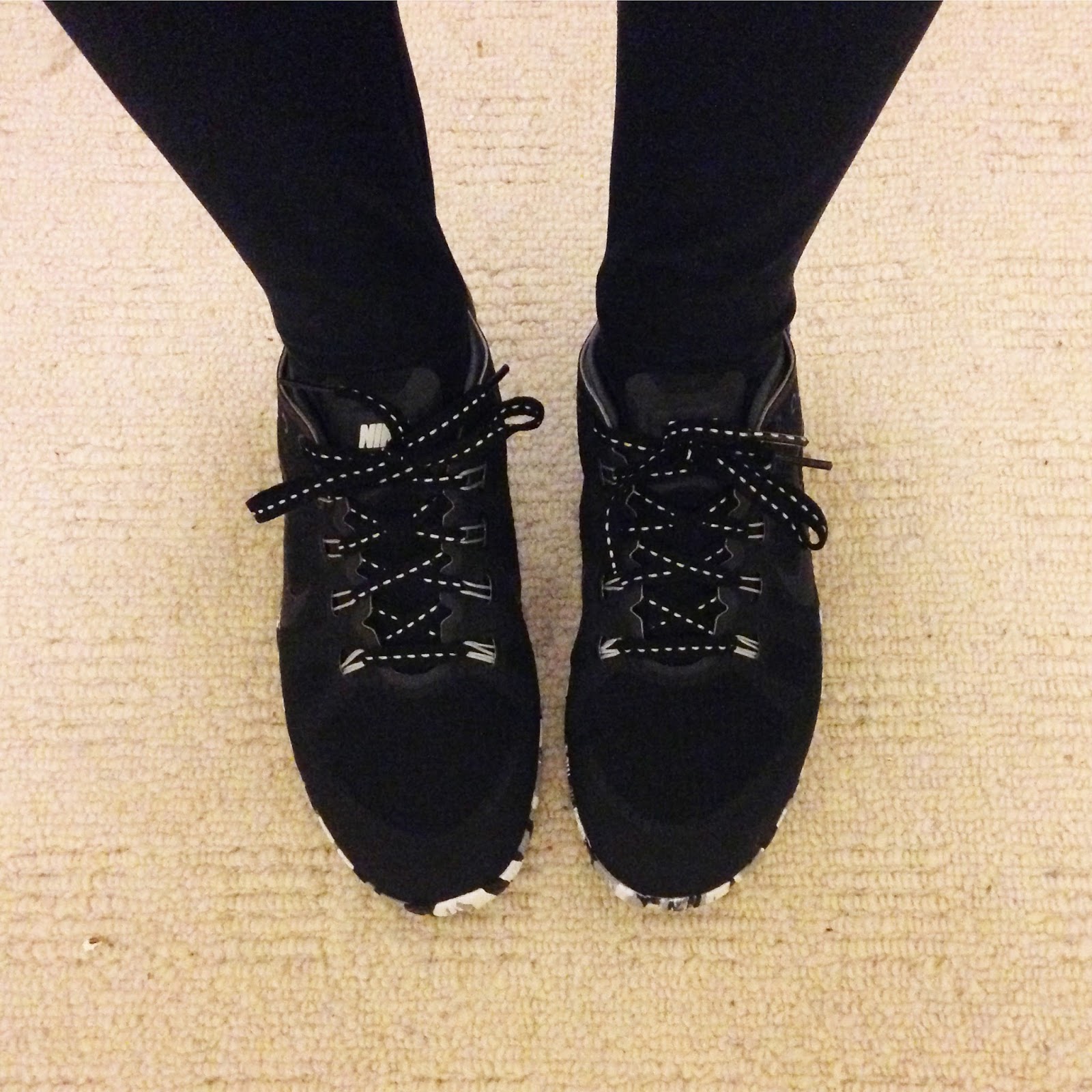 I usually go for black leggings when it comes to derby because of how ridiculously sweaty it is. You have to wear a lot of protective equipment and it can get VERY warm. I went for these Tight Fit Poly Running Pants  as they claim to be good for keeping you dry, in the hope they would reduce the Dreaded Knee Sweat. Sadly, I don't think it's physically possible to keep my knees dry whilst they're under gaskets and knee pads but they did dry off super quickly once I took them off. Hurrah! 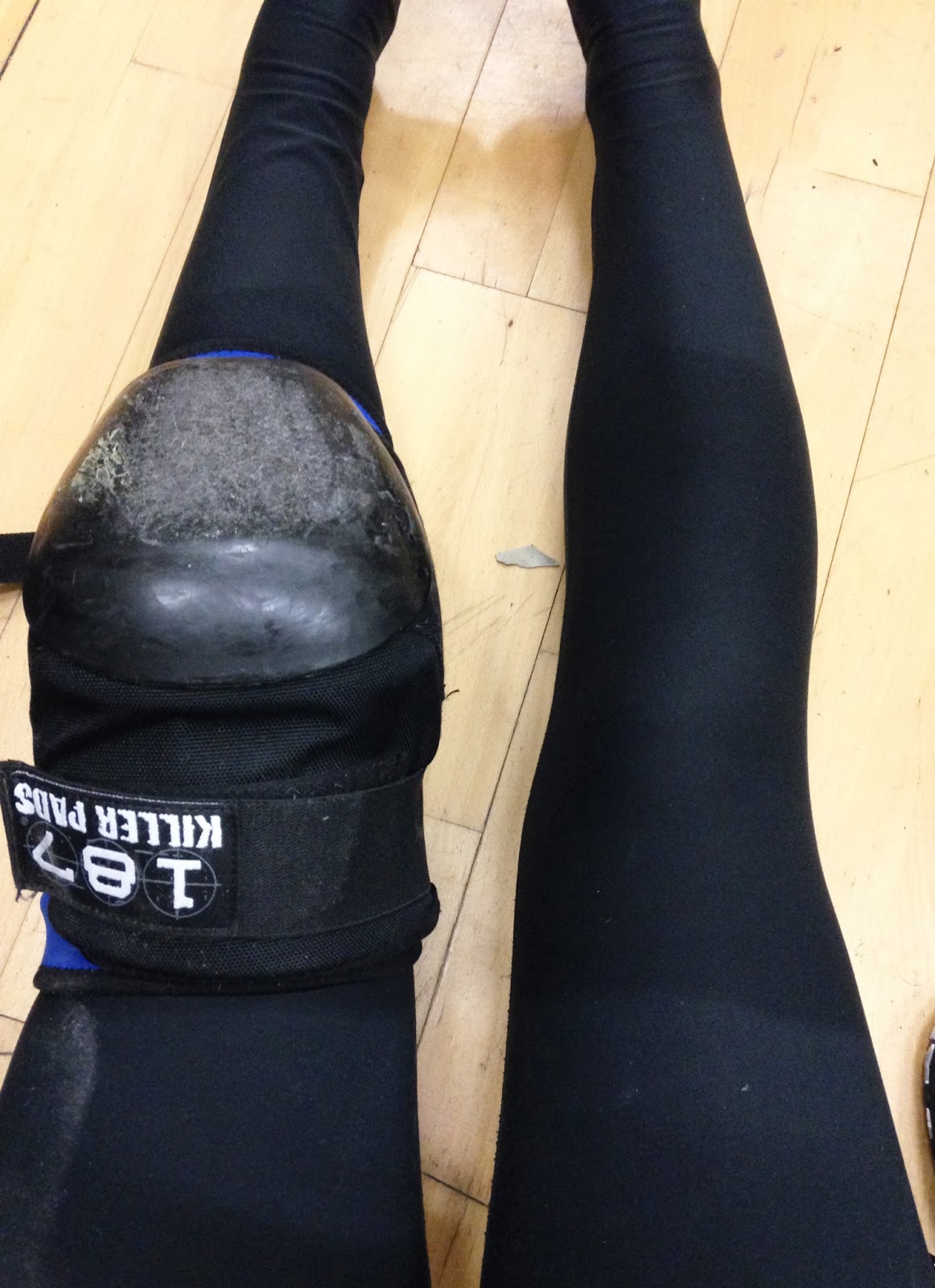 Look, how gross is that?? I also got this Therma-Fit Headband to try and stop my helmet getting all sweaty. It did stop the sweat running down my face (lovely) however it's extremely warm and I had to take it off after about 20 mins of derby training. The headband is supposed to be for running outside and it's meant to keep your head warm, so it turns out it's actually excellent at what it does. Probably a poor choice for under a helmet for an indoor sport! Oops. It does make me look like Axl Rose though.

What does everyone else do for exercise? Is it important to you to look good while you're doing it, or does it not matter much? I'd love to hear your thoughts!
Posted by fairy-cakes at 09:00

fairy-cakes
Glasgow, United Kingdom
I'm Sally, I live in Glasgow where I mainly drink copious amounts of tea. I spend most of my time at work or asleep but when I have free time I like to make jewellery and post pretty things on my blog.